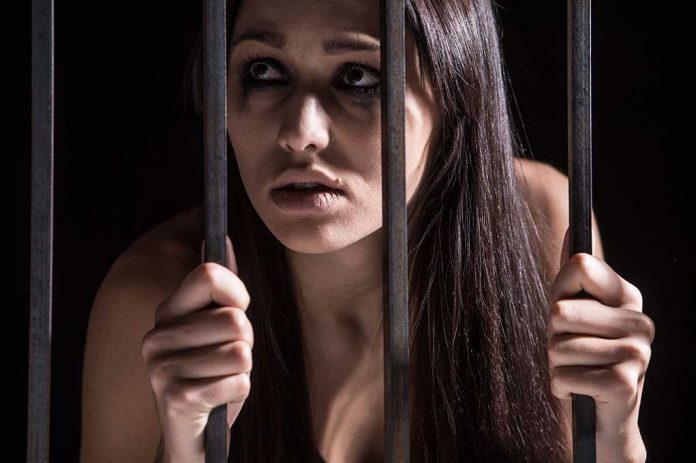 (UnitedHeadlines.com) – Getting married and moving across state lines can be life-changing events. There’s always a lot to do before and after each event, and when the two come in close succession, life can become a bit chaotic. So imagine going to the division of motor vehicles (DMV) to change your status and update your license only to find out that you’ve been a wanted felon for over 20 years and never knew it.

Caron McBride had gone to the DMV to update her information after moving to Texas from Oklahoma. She has recently married. Because of COVID, the DMV in Texas required appointments. She discovered something shocking while making her appointment over the phone; she was a wanted felon for over 20 years. Her alleged crime wasn’t what most people would consider sinister. She simply forgot to return a VHS tape in 1999.

The tape, Sabrina, the Teenage Witch, was rented in McBride’s name, but she claims the show isn’t “her cup of tea,” suggesting she never rented the VHS cassette. When she found out about the charges, she believed the person on the other end had to be pulling an elaborate prank, but this was no laughing matter.

When the tape wasn’t returned, the Oklahoma rental store, known as Movie Place, filed charges against her in 1999 in Norman, OK. In March of 2000, McBride was charged with felony embezzlement for a value of $58.59. The store closed in 2008. She believes a roommate she had in 1999, a father of two young children, may actually have been the one who rented the movie and forgot to return it.

The Cleveland County Attorney’s office has since stated her case has been dismissed. In addition, McBride sought legal help and successfully expunged her record in Oklahoma. That move to Texas really was a lot more interesting than the new bride expected.