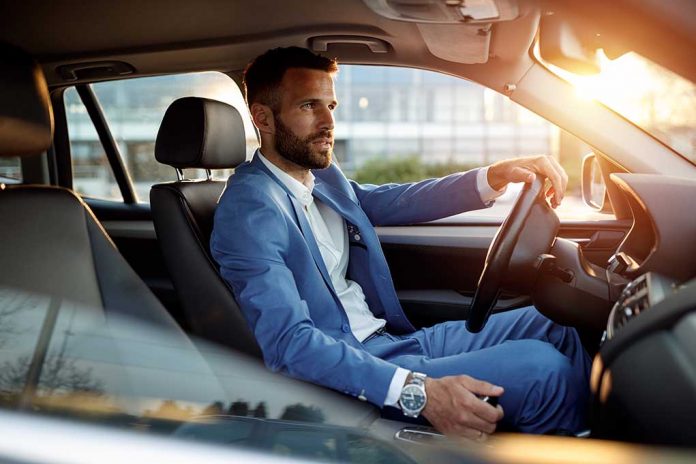 (UnitedHeadlines.com) – There’s no winning when it comes to breakups — only varying degrees of losing. People can go through drastic changes when relationships end. Sometimes, they fall into some unusual behaviors to help themselves cope with the sudden loss of a husband, wife, or significant other.

On July 7, the Global Times reported on an unusual arrest in Zhejiang Province, China. Police officers arrested a couple for “provoking trouble.” The woman’s name was Lou, and the man’s was Zhu. According to law enforcement officials, the duo ran 49 red lights in less than two days.

The rest of the story gets a little bit sticky when it comes to keeping up with all the individuals involved in the incident, but here we go.

Investigators looking into the situation determined the car was rented by a gentleman Chen. He rented the automobile from another man named Qian. However, Chen picked up the vehicle for Lou, who turned out to be Qian’s ex-girlfriend.

Lou and Zhu had apparently rented the car and ran all those red lights as a means of exacting revenge on Chen for cheating on Lou and eventually breaking up with her.

Are you confused yet? It’s a tangled web.

Lou not only messed up by managing to get arrested but also left a paper trail behind that eventually led authorities to the truth.

Perhaps next time, she will think twice before coming up with such an elaborate and absurd scheme to get even with her next ex-boyfriend. Better yet, maybe she will live happily ever after with Zhu. One can hope, can’t they?