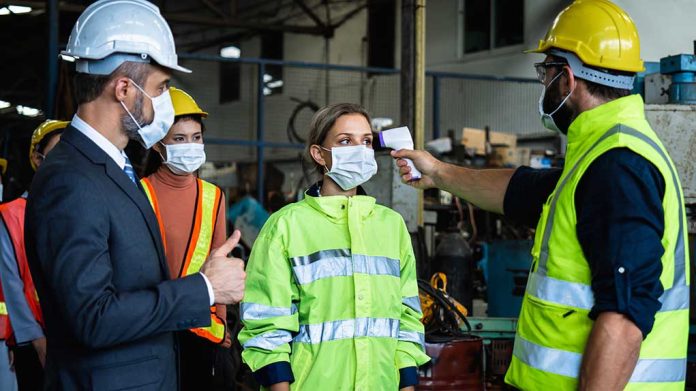 (UnitedHeadlines.com) – The colder weather months typically prompt surges in upper respiratory diseases, but 2022 experienced the onslaught sooner than expected. Early respiratory syncytial virus (RSV) and influenza infections started off the trend, but spikes in COVID-19 cases have only added to the chaos. Now, following the super-spreader aftermath of Thanksgiving, the CDC shares via an NPR interview that the United States could be facing a “tripledemic.” In response, the agency is pushing for masks to return in hard-hit areas.

Yale Medicine recently reported record numbers of RSV, which typically afflicts the very young and old, in 2022. Cases usually surge in the US in December and January, but the potentially deadly infection started early this year. Just as its numbers began to wane, COVID-19 and the flu began to rear their ugly heads. The first week of December saw a nearly 50% boom in COVID-19 cases across the US — with the weekly death total reaching nearly 3,000. And already this year, the flu has infected 13 million Americans, with 120,000 requiring hospitalization and 7,300 deaths.

But are masks really the answer, or might they be part of the reason for the current problem? Yale Medicine explains that heavy mask use in previous years reduced overall exposure to these respiratory illnesses, lowering people’s immunity against them. So, in our attempts to slow the spread of COVID-19, we may have primed ourselves for these additional surges. Still, Los Angeles and New York officials are already resuming mask recommendations, and more areas could easily follow their lead.

What do you think about the possible return of mask recommendations and mandates?