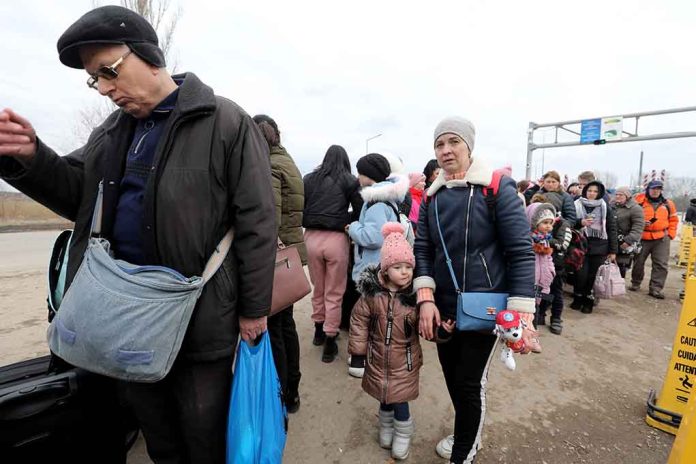 (UnitedHeadlines.com) – As the battle rages on between Russia and Ukraine, more gruesome details emerge. In fact, several countries are already accusing Russia of war crimes. New information implies that Russian forces are up to even more than previous reports had indicated. Victims claim Ukrainians are being forcefully deported to Russia, where authorities are torturing them.

One such victim, a Red Cross volunteer by the name of Volodymyr Khropun, detailed his capture, deportation, and torture to BBC. Khropun alleges that while he was traveling to pick up civilians caught in a battle zone, Russian authorities detained him at a checkpoint — locking him and others in a factory basement. He claims there were an estimated 40 people shoved into a 300-square-foot room.

According to Khropun, Russian forces tased, beat the captives with rifles, and “treated [them] like animals.” After about a week, authorities transported them to Belarus, where the torture and humiliation continued.

Eventually, Russian authorities flew him and three Ukrainian women to Crimea, which Russia annexed from Ukraine in 2014. The Russians took them about 20 miles outside of Zaporizhzhia, allowing them to travel across a bridge by foot into Ukrainian-controlled territory. In all the journey took them two days.

Visibly shaken, even weeks after his release, Khorpun finds it hard to discuss what he went through during his imprisonment. Even though it still upsets him, he wants the world to know what Russia is doing to the people of Ukraine.