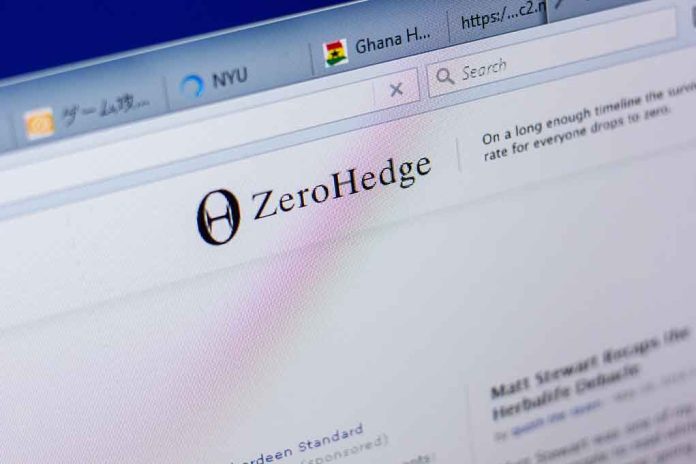 (UnitedHeadlines.com) – In the United States, the Constitution grants citizens the freedom of speech. It also grants the right for the press to speak freely. Recently, however, the US government has begun to push back on the media.

US intelligence officials claim that Zero Hedge is echoing Russian propaganda. The government further alleges that conservative site, with 1.2 million followers on Twitter, has published articles from Russian state-controlled media.

US officials stated that Zero Hedge posted five articles from Moscow-controlled media agencies targeting Ukraine at the behest of Russian spies. The conservative news site fought back the claims that it peddled Russian propaganda, asserting it publishes a variety of opinions portraying both sides of any given story. The company made it clear that it has never and will never work with Russia, denying any links to spy agencies.

The US government has been attempting to crack down on what it deems as siding with Russia. Is the Constitution no longer in effect? Do the people and press not have the right to present multiple sides of a story? According to the current administration, doing so makes people sympathizers for a foreign regime.

Zero Hedge has been a place of outspoken criticism of the Biden administration and Hunter, the president’s son. Are the allegations from the US government true? Or is this retaliation by the administration for the site’s criticism?