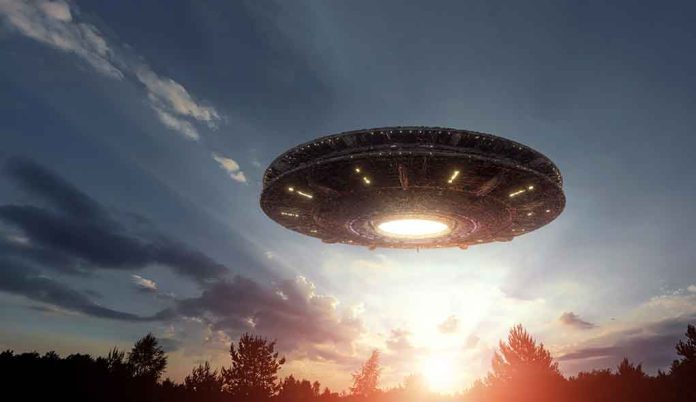 (UnitedHeadlines.com) – Is there life out among the stars? Many people around the world would like to believe so. However, eye-witness testimonies and cellphone videos can only offer so much proof. While the US government has teased the public by releasing UFO videos and reports, some groups are now requesting they release all of their UFO footage.

Adam Goldsack, a man from the United Kingdom, recently created a petition asking the American government to release all their footage regarding UFOs or unidentified aerial phenomena (UAP). Goldsack’s demands are quickly picking up steam.

The UK resident began his petition on February 10 on Change.org. A website reporting on the petition, Space.com, noted it had gained 1,500 signatures by February 22. The petition, primarily aimed at Senators Marco Rubio (R-FL), Kristen Gillibrand (D-NY) and other lawmakers, reached 2,500 signatures on February 24, as Newsweek reported. The number continues to grow as more people sign in support of finding the truth.

While the government is likely keeping the public in the dark about UFOs and UAPs, until they learn more about the phenomena, they may be missing the big picture. Scientists in government labs may have much more extensive resources, but that hasn’t stopped civilian scientists from uncovering groundbreaking discoveries.

Look at vulcanized rubber and penicillin, both important parts of history and both discovered by researchers outside the constraints of government labs. What do you think people could do with the knowledge on UAPs and UFOs that the US government has kept to itself?