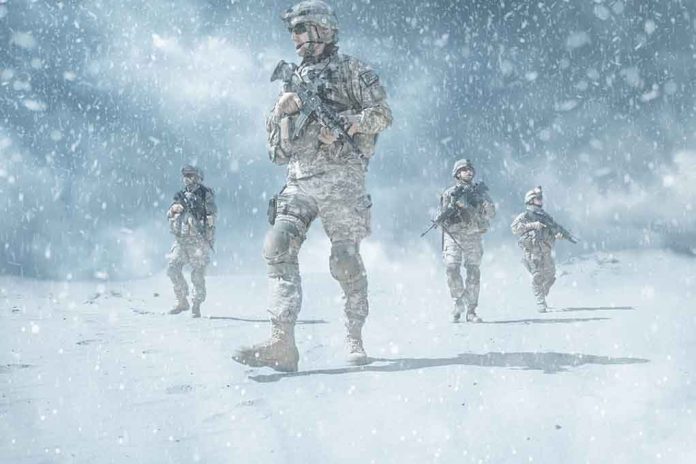 (UnitedHeadlines.com) – Tensions are heating up as a conflict between Ukraine and Russia seems more and more likely. Russia essentially has the much smaller country surrounded, raising concerns of invasion. In response, the US is considering a shipment of 5,000 troops to the region to aid the Ukrainian forces.

Many of the member countries of NATO have confirmed their position backing Ukraine. To strengthen Eastern Europe, the organization has sent more ships and fighter aircraft to the region. Russia claims that these actions are provocative and endangering already strained relations in the area.

According to Simon Coveney, Irish Foreign Minister, Ireland is making its stance known as well, informing Russia that its planned war games in the island’s southwest exclusive economic zone are unwelcome. NATO members closest to Russia, such as Lithuania, Estonia and Latvia, confirmed that they plan to send US-made anti-tank and anti-aircraft missiles to Ukraine, a move the United States is supporting.

A diplomat from NATO confirmed to Reuters that President Biden may send 1,000-5,000 troops to the Baltics and other Eastern European countries. A US official told the National Public Radio (NPR) the government is planning to send as many as 5,000 troops to the area, but mentioned that the Biden administration hasn’t reached a final decision. According to the New York Times, senior officials in the Pentagon provided Biden with a number of plans.

These troops would come from forces already stationed in Western Europe and possibly Fort Bragg, NC. Among the number of options the officials laid out, none of them intend to send American troops into Ukraine itself. However, the US has a contingency plan in place to multiply the number of forces in the region tenfold if the situation continues to deteriorate.

The United States has been preparing Ukraine through shipments of equipment, such as ammunition and anti-tank systems called Javelins. Biden’s administration has steered away from more aggressive measures, citing the potential of provoking further action from Russia. The president did warn Russian leader Vladimir Putin of substantial consequences if he decided to invade Ukraine.

America is withdrawing embassy staff members from Ukraine, a move that some believe could destabilize the region. Britain also ordered the removal of their embassy staff over fears of a Russian invasion. The European Union, on the other hand, claims it has no intention of removing embassy members. Germany didn’t order its embassy staff in the country to evacuate but is allowing them to leave if they feel unsafe.

Russia has denied any claims that they’ve evacuated their embassy staff from Ukraine. Dmitry Peskov, Spokesman for the Kremlin, asserted that Russia has no intentions of invading Ukraine. He claims NATO and the United States are using it as an excuse to provide reasoning for their own provocative actions.

Russia currently has over 100,000 troops along the border of Ukraine. It now surrounds the country from the North, East and South after it annexed Crimea in 2014 and sent troops for military exercises to Belarus earlier this year.

Russia possesses a much larger fighting force with better equipment, putting it at an advantage over the much smaller nation. That’s why the Western alliance is uniting behind the Ukrainian government to deter a possible invasion.

Both sides of the potential conflict have tried their hand at diplomacy, but so far, they haven’t made any progress. Will this situation continue to escalate until it’s a full-blown war? Is Russia the culprit behind this, or is it truly defending itself from NATO and the United States?