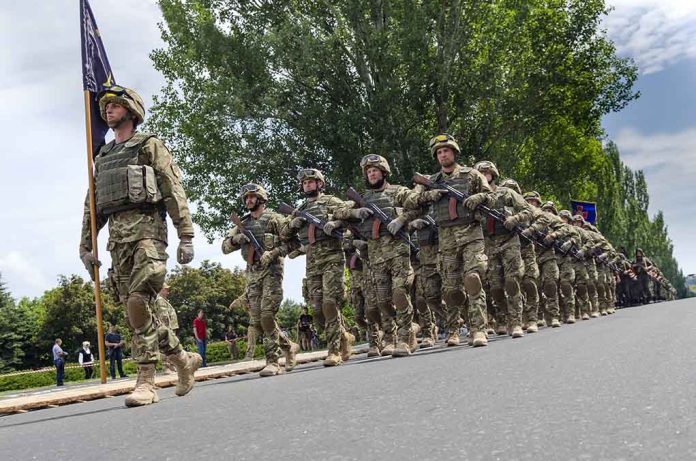 (UnitedHeadlines.com) – Tensions on the Russia-Ukraine border have been boiling for months. Seven years ago, Russia annexed Crimea from Ukraine with little resistance from the country’s unorganized, underfunded and unprepared armed forces. However, Ukraine seems to be stepping up its game as Russia is building forces at the border.

As Russia appears to be deploying a fighting force for a potential invasion, Ukrainian leadership believes they’re ready to give the Russians a run for their money. It’s almost cliché as the underdog prepares to fight the tougher, bigger adversary with the fate of freedom at stake.

Colonel Viacheslav Vlasenko, a highly decorated Ukrainian military leader, asserted that all of Ukraine’s fighting force is ready to defend their homeland or die trying. In reality, the country is severely under-equipped to stave off a Russian offensive.

While Ukraine remains proud, it will only be a matter of time before Russia’s million-man military overwhelms Ukraine’s 255,000 soldiers. That doesn’t discourage Vlasenko, though, who asserts that hundreds of thousands of Russians will float back to President Putin in caskets if they attack.

In combination with the potential loss of men, Putin also faces harsh sanctions and economic consequences from a number of countries supporting Ukraine. Granted, all of this hinges on an actual invasion, and the Russian President continues to deny having plans to attack.

The news isn’t reassuring to a country that is virtually surrounded by Russian military, one that took Crimea in 2014. This time, there will be much more resistance from Ukraine as several western countries, including the United States, pledge to aid Ukraine with training and equipment.

If Russia attacks, will Ukraine defeat the odds and successfully fend off the invasion in true underdog fashion? Anyone who loves a good underdog story would like to believe so.