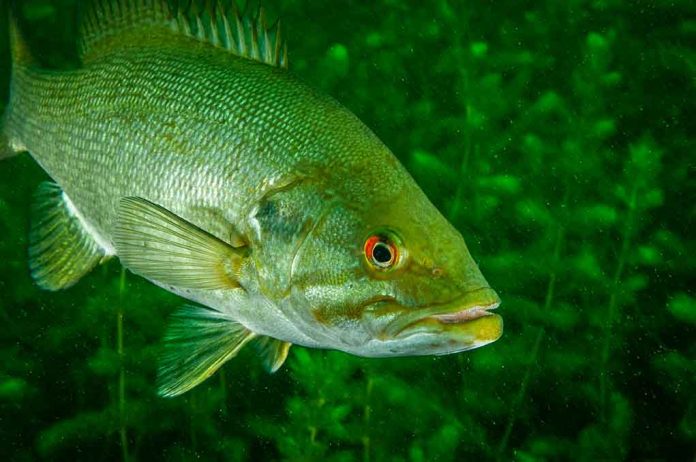 The CDC warns that per- and polyfluoroalkyl substances (PFAS), synthetic chemicals used to create non-stick surfaces and protect products from damage and staining, don’t break down the way most compounds do. Instead, they accumulate wherever they end up — in soil, water sources, food, and even our bodies. Exposure in humans can lead to liver damage, disrupted immune function, thyroid problems, and reproductive issues. Nature published that in 2015, 97% of people tested had PFAs in their blood.

These “forever chemicals” have built up to astronomically high levels in some freshwater fish. The EWG shares that recent samples tested 280 times higher than those in their commercially caught counterparts. To put the danger in perspective, someone would have to eat store-bought varieties every day for one year to ingest the same amount of PFAs in a single freshwater fish. Just as dangerous are products containing a similar chemical, perfluorooctanesulfonic acid (PFO), the main component in “Scotchgard.” The levels of these compounds are so high that eating one fish would compare to drinking nothing but highly contaminated water for a month straight.

Many of these chemicals originate from the manufacturers that made them, but they’re also present in landfills and wastewater treatment facilities. Airports, where “firefighting foam” is sometimes necessary to reduce hazards, are another concerning source. Water runoff allows PFAs and similar compounds to leach into food and water.

Researchers have been working on different methods of breaking down the chemicals into nontoxic components to combat the threat. Science published a groundbreaking article in August 2022 documenting their progress. Unfortunately, people already exposed have no way of removing this poison from their bodies, so avoidance is the only way to ensure low accumulation levels. Sticking to commercially caught fish is a good start.