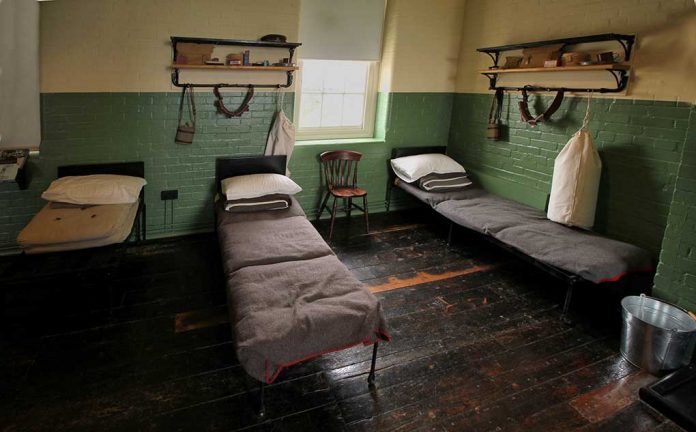 (UnitedHeadlines.com) – The Founding Fathers of the United States were not weak men. They were realistic and logical. They served a people who had more than enough of being abused by their government. This is why they gave us the Third Amendment to the Constitution:

“No Soldier shall, in time of peace be quartered in any house, without the consent of the Owner, nor in time of war, but in a manner to be prescribed by law.”

The Third Amendment essentially limits the government’s ability to seize, or otherwise commandeer, privately-owned property for military purposes. This was a common occurrence in colonial times. But is such an amendment still useful in modern times? The answer is yes — here’s why.

Where Did the Third Amendment Come From?

The Third Amendment originated as a response to the Quartering Acts of 1765 and 1774. These laws, first passed by England against the Colonies, forced average citizens to house, feed, and care for every English Soldier without consent. Soldiers could effectively take over an individual’s property without compensation or any kind of permission. Saying, “no” simply wasn’t an option.

The Problem With the Quartering Act

The problem is that these soldiers were not the well-disciplined professionals we see today. Many of them were rough men who spent time in jail or committed terrible acts of lewdness and drunken violence in their free time. And, as we all know, bad men often do bad things without hesitation.

Imagine not just one, but a whole troop of these rough individuals walking uninvited into your home. They take and do whatever they want, devouring your precious winter food stores and pilfering whatever nice things they fancy. Imagine these trained-weapons acting on you and your loved ones with the same violence they do so well at the same time.

Now, think about this for just a moment: these soldiers have no remorse for the trouble or pain they cause you and can stay as long as they like. England’s Quartering Act effectively gave them permission. To them, it’s just a part — or perhaps a perk — of the job.

Why Does the Third Amendment Matter?

The Third Amendment matters because no one wants to be subjected to undue military force, especially in their own home. Without it, you could be personally responsible for the forced care of men who are a danger to you and your family. Your right to privacy could otherwise be thoroughly and intimately violated, and you wouldn’t even have the right to file a complaint.

You have a right to privacy and protection according to God and the Constitution. Acts such as those that occurred under the Quartering Act are a direct attack on that right. Forced hospitality is not hospitality at all — it’s slavery.