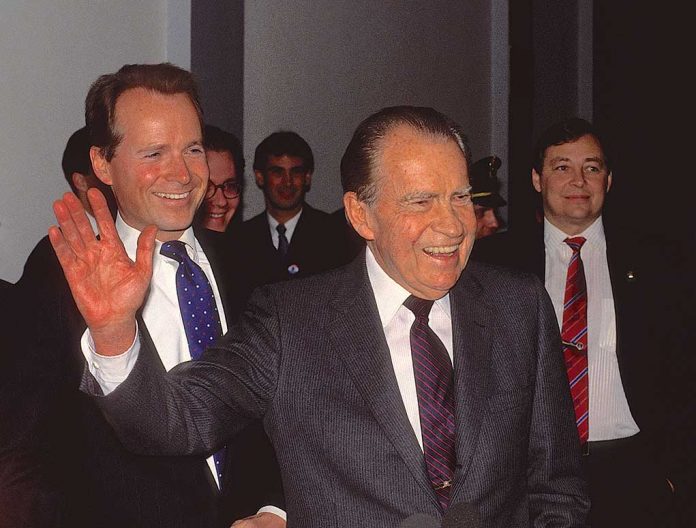 (UnitedHeadlines.com) – Ask the average American about Richard Nixon, and the first thing they’ll mention will probably be the scandal that ended his presidency. However, Nixon was more than Watergate; he was a strong leader for America during a highly challenging period.

Richard Nixon’s first foray into politics was in 1946 when he beat the Democrat incumbent for his California district in the House of Representatives under a Republican ticket. He served two terms in the House before winning election to the Senate in 1950.

During his time in Congress, his vocal opposition to communism impressed GOP voters. This led Dwight D. Eisenhower to select him as his running mate for the 1952 presidential election. The pair claimed the White House in 1952 and were re-elected in 1956.

When Nixon made his first bid to become president in 1960, he narrowly lost to young Democrat John F. Kennedy. He then lost the 1962 California gubernatorial election and stepped away from politics for almost six years.

Nixon was elected president in 1968, defeating Democrat Hubert Humphrey. By that time, the US had been at war in Vietnam for over a decade, and public support for the conflict was waning. Nixon prepared for the end of the war soon after taking office, eventually agreeing to a peace deal in 1973. Though it would not be the end of the struggle there, the last American troops left Vietnam later that year.

Nixon also fostered warmer relations with both China and the USSR. The improvement of foreign relations was the other major achievement of his presidency. He visited both countries in 1972 and negotiated a nuclear treaty with Leonid Brezhnev, the contemporary Soviet head of state.

Richard Nixon won re-election by a landslide in 1972, but it proved to be a short-lived second term. In 1973, it emerged that members of his administration had infiltrated the DNC headquarters at the Watergate complex in Washington, DC, during the previous year’s election campaign. Rather than face impeachment, Nixon opted to leave the White House of his own accord. He remains the only person to have resigned from the presidency.

Despite his many achievements, the Watergate scandal irreparably tainted Nixon’s presidency. However, we shouldn’t let that incident entirely diminish the reputation of a man who was a proud statesman, a fierce leader, and a dogged advocate for the American people.