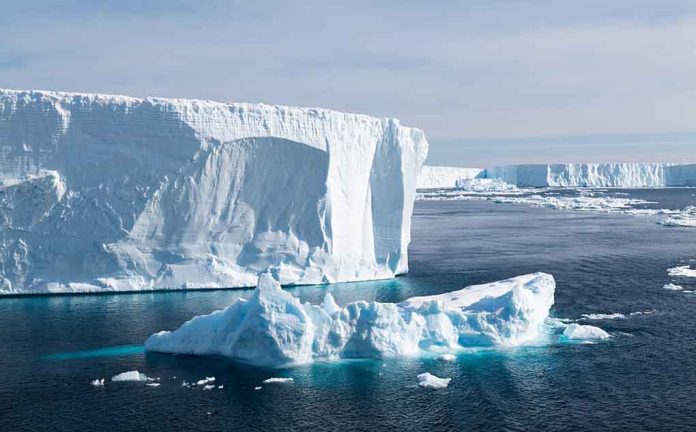 (UnitedHeadlines.com) – Scientists are racing to determine the fate of a massive ice shelf in Antarctica. The unpleasantly nicknamed “Doomsday Glacier” could be under threat, but there’s more at stake than just the Thwaites Glacier. Experts believe its demise could impact the entire planet.

Scientists are in a race to understand the fate of a massive glacier in West Antarctica that has earned a disquieting nickname: "The Doomsday Glacier." https://t.co/C4hcyu30pE

On January 20, David Holland, a New York University atmospheric scientist, spoke with Axios about the state of the glacier. His team’s goal is to obtain more information about Thwaites’ grounding line, an area where floating ice meets land ice, or a glacier meets the seafloor.

West Antarctica’s seafloor topography indicates that if the mass of ice were to significantly melt or collapse, warm water would flow inward and begin melting inland ice. The effect would allow the land-based ice it holds back to flow into the sea, resulting in a catastrophic rise in sea levels across the globe.

Satellite imagery and field studies have shown that the Thwaites Glacier is melting from below. Researchers fear it may be on an irreversible melting course. To make matters worse, recent research has found new cracks in the glacier’s eastern ice shelf.

Prior to the discovery, scientists believed the eastern shelf was stable. Now, they warn that it could collapse in as few as five years.