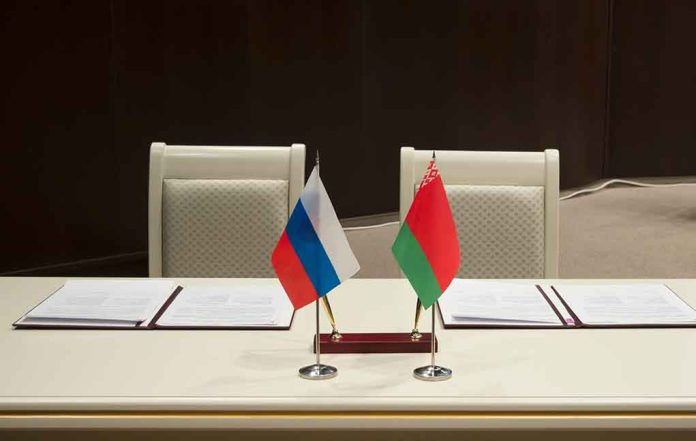 (UnitedHeadlines.com) – Russia and Belarus are staunch allies. The relationship between the two nations grew even stronger after the latter allowed Putin to station his forces within its borders before the invasion of Ukraine. Belarusian President Alexander Lukashenko fully supports Putin’s war and has long requested help from Russia to improve his military. Now, Putin appears finally to have heard Lukashenko’s calling, as he’s announced plans to arm Belarus.

According to Defense News, Russia intends to send nuclear-capable weapons to its Belarusian ally. Putin plans to equip Lukashenko’s military with Iskander-M missile systems capable of utilizing both cruise and ballistic missiles. In addition to the Iskander-Ms, the Russian President has allegedly also agreed to upgrade the Belarusian air force, updating their fighter jets to operate with tactical atomic weapons.

The reports add that Lukashenko had asked Putin if Russia could outfit Belarus’s Sukhoi Su-25s in order to mirror the abilities of the North Atlantic Treaty Organization (NATO) and the US. While the financial details of Russia’s bold move don’t seem to be available, that doesn’t ease any of the concerns NATO and its allies feel regarding the situation.

The Concern floating among Western allies is that Russia could possibly utilize Belarus as a way to station nuclear weapons along NATO’s eastern front.