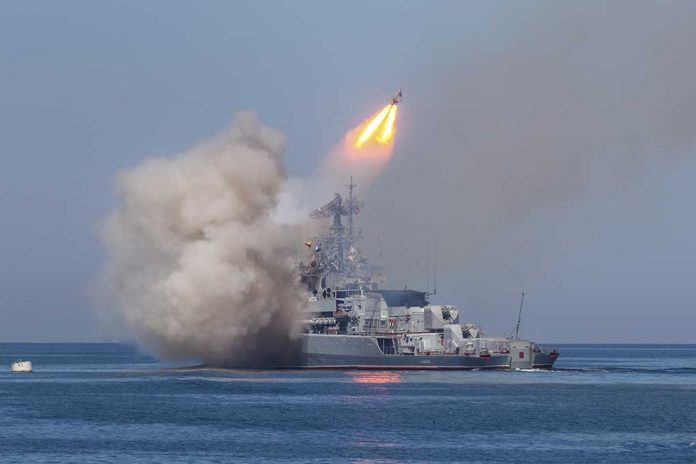 (UnitedHeadlines.com) – Tensions appear to be rising between Moscow and Washington. President Biden has taken more of a hardline approach with Russia than former President Donald Trump, who sought to establish a friendly working relationship with Russian President Vladimir Putin. Recent developments are practically guaranteed to further test the relationship between the United States and Russia.

On Monday, July 19, Russia successfully test-fired a new Zircon missile system. Russia’s Ministry of Defense stated they launched the cruise missile from an Admiral Groshkov frigate-class vessel located off the Russian coast in the White Sea. The ministry claims the missile hit its target, a point near the coast of the Barents Sea more than 217 miles (350 kilometers) away.

Putin claimed the Zircon missiles could reach hypersonic speeds of Mach 9 or nine times the speed of sound. The weapons system can also reportedly strike targets with precision from distances of 620 miles (1,000km).

The Ziron’s first successful test occurred on October 7, 2020, Putin’s birthday. Putin declared its successful launch a “big event” for Russia, adding that giving their country’s Navy and Army unparalleled weapons was key to the long-term effectiveness of its defense capabilities.

Putin first announced Russia’s use of these hypersonic weapons in 2018, claiming at the time that Russia could target any location in the United States with them. He also claimed that America’s missile defense shield would be powerless to repel an attack from those new weapons systems.

Experts maintain that Putin’s overriding concern is the future deployment of nuclear weapons systems near Europe’s coast by the US. As a result, Moscow has threatened to fit submarines with these new hypersonic weapons and station them off the US coast.

Some Western have expressed doubts regarding the efficiency of Russia’s new weapon systems upgrades and have questioned their actual capabilities. However, they do admit the combination of speed and maneuverability could make the missiles challenging to track and effectively intercept.

Putin is likely producing these weapons out of fear. The world has its eyes set on Russia right now, and many countries have concerns of their own over these recent advances. This new generation of weapons could spell disaster for global stability if they fell into the wrong hands.

For now, the US and Russia don’t seem to be looking for conflict. However, with the development of weapons systems like this one, the world may be looking at another arms race and possibly a second Cold War.

Hopefully, tensions between Washington and Moscow don’t intensify, and Biden and Putin can find common ground and stabilize relations in the not-so-distant future.