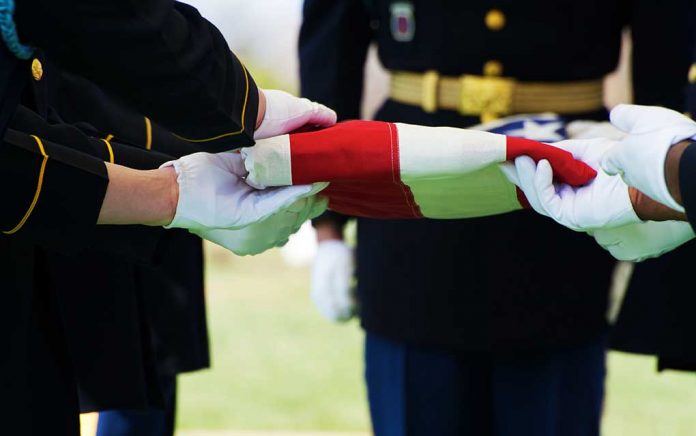 (UnitedHeadlines.com) – Everything about the American flag holds special meaning. It symbolizes our country’s identity and history and provides a way for us to remember those who have given their lives fighting for it in the past. While most people understand why they should respect the flag, the protocols for honoring it are all too often overlooked. From law to best practices, here’s how to handle Old Glory with the care it deserves.

USA.gov explains the flag is a living symbol. It demands respect. To ensure Americans understand exactly what this means, Congress enacted the US Flag Code in June of 1923. It outlines behaviors and rules for interacting with, caring for, and honoring the flag.

The U.S. Department of Veterans Affairs explains there are no specific penalties for breaking the code. Individual states may assess penalties against those found disrespecting the flag.

The US Flag Code outlines rules for displaying and handling Old Glory. To begin with, we can display it outside every day if we wish. However, we should never leave it outdoors in inclement weather unless it’s made from a durable, all-weather material. We should take flags down at sunset and fly them again at sunrise unless we illuminate them at night.

Orientation also matters. The union (the blue square with stars) should always sit in the upper left corner. It should never fly or hang upside down. Allow the flag to fly free at all times. Don’t tie it back or restrict the fabric in any way other than where it attaches to a pole or surface.

When displayed with other flags, the US flag should sit at the top of the pole, to the right of other nation’s flags, or in front and in the center of a line of flags.

The flag should fly at half staff on Memorial Day, and any other day as ordered by a governor or the US president, until noon. However, protocol demands we raise it all the way to the top of the pole first and then lower to the half staff position afterward.

The Pledge of Allegiance is our country’s way of honoring Old Glory. During the Pledge or the national anthem, people should always stand and face the flag.

Military members should stand at attention, citizens should stand with their right hands over their hearts and men should remove their hats.

When carrying the flag, we should never carry it flat. Always hold it aloft. Ensure it never touches anything below it, such as the ground. Don’t place anything on top of it, and don’t use it to cover other items, such as a ceiling, table, or goods for sale.

Disposing of the Flag

From time to time, it may become necessary to dispose of a flag. The process used should be ceremonial in some way, meaning you shouldn’t simply throw it into the trash. The preferred method of disposal is burning.

The Veterans of Foreign Wars states the proper procedure begins with folding the flag in the customary manner: a triangle fold that renders only the union visible. We must make a total of 13 folds to create this shape. Each fold holds special meaning to honor our country, its citizens, its military, and God.

Once folded, we should place the flag on a blazing fire, salute it, recite the pledge and hold a moment of silence afterward. After the fire completely burns the flag to ash, extinguish the fire.

All US citizens should hold the flag in high esteem as a symbol of our great nation and its people. Following these guidelines can help us show it the respect it deserves at all times and in every situation. Doing so is patriotic and preserves one of the most fundamental American traditions in our history.