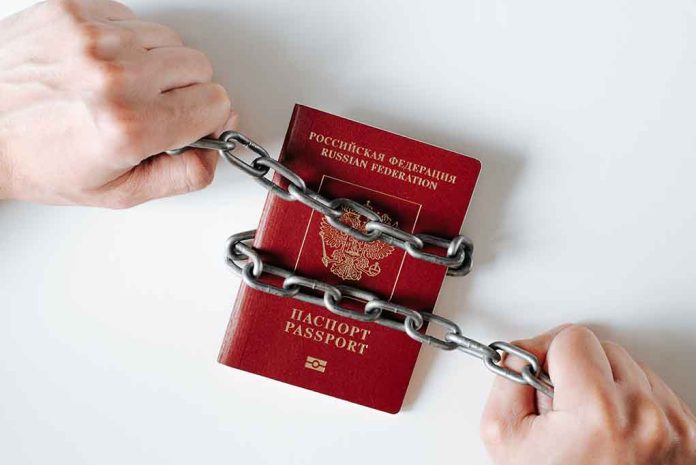 Putin Disaster – This Ban Could Ruin Him

(UnitedHeadlines.com) – Despite the widespread impacts of Russia’s war on Ukraine, neither leader is showing signs of backing down. Each has repeatedly sought new ways to rise as the victor, hoping to get a leg up on the enemy, and both have proven themselves formidable opponents. In his latest move, Ukraine’s president hopes to force back the Kremlin from the inside.

President Zelensky said in an evening address that more countries and politicians are joining the conversation on visa restrictions for Russian citizens.

In a statement to his people, President Volodymyr Zelenskyy highlighted the split in support among the Russian population. The leader stressed the importance of everyone siding with his country to be vocal in their stance. He reminded listeners that their silence does nothing but enable their opposition, implying a greater number of people living in the neighboring country should be visibly protesting the war.

In response to the lack of support, Zelenskyy is urging leaders of other European countries to refuse Russian visas. The effect would leave citizens unable to travel freely outside the country, denying them entry into other nations even for humanitarian reasons. Closed borders could have economic impacts as well, further squeezing the population. The Ukrainian leader hopes the restrictions will put enough strain on ordinary citizens to force them into pressuring Russian President Vladimir Putin out of the war.

Whether the new approach will work remains to be seen — and it might not even get a proper chance. Many countries in question have yet to confirm they’re onboard with the plan. Still, Zelenskyy is confident he’ll rally enough support to make it work.