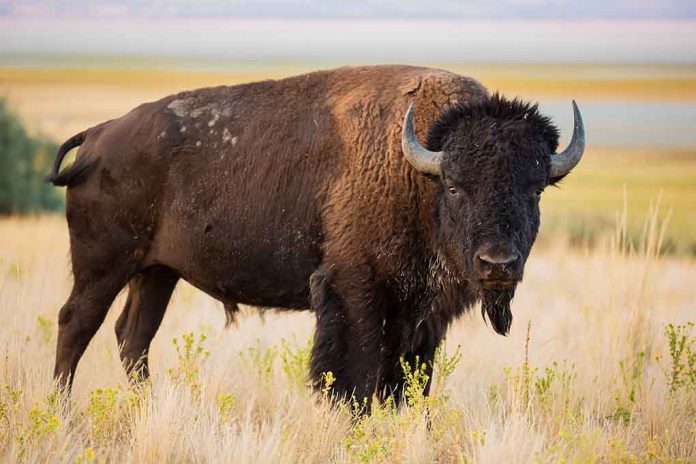 (UnitedHeadlines.com) – A 71-year-old woman is recovering from serious injuries after a bison attack in Yellowstone National Park on June 29. Reports say she and her daughter were returning to their vehicle after exiting a trailhead when they suddenly came into close contact with a massive bull. The animal charged, goring the woman in the process.

A statement from the National Park Service (NPS) clarified that the bison attack occurred in the Storm Point area of the park in Wyoming. Local responders attended the scene and transported her to nearby West Park Hospital, where she received treatment for the injury.

The Storm Point goring is just one of three bison attacks in the United States in recent weeks. A large bull also gored a man in the arm, who purposefully approached the animal at Black Sand Basin, on June 28. A cow attacked a woman at the same location on May 30 with enough force to send her flying almost 10 feet into the air.

Adult bison can weigh up to 2,000 pounds and are extremely strong. They’re also capable of running at speeds of up to 35 miles per hour, nearly three times faster than the average person. Furthermore, their rut (mating season) generally stretches from June to September, precisely when many people choose to explore the park. For this and many other reasons, people should consider them unpredictable and dangerous at all times.

The NPS recommends viewing bison from at least 25 yards away. If you encounter a bison inadvertently, you should back away slowly, attempt to hide behind a substantial obstacle, or get into your vehicle as quickly as possible. Never attempt to feed or take a selfie with these animals — you may end up messing with the bull, only to receive the horns instead.