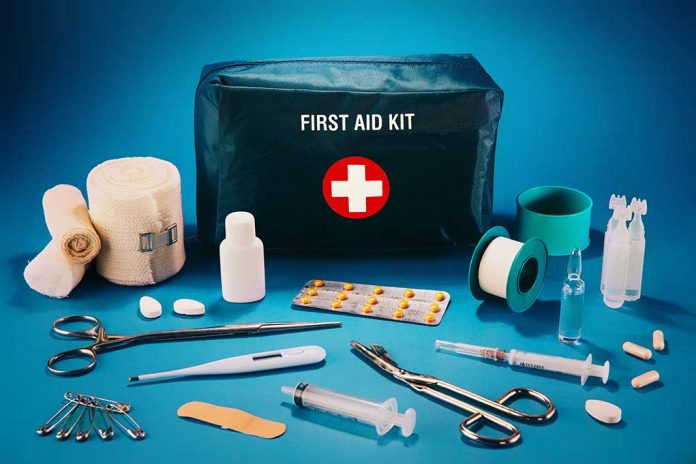 (UnitedHeadlines.com) – Certainly, you’ve heard the term “One man’s trash is another man’s treasure,” but you’ve likely never seen anything like this. Trash and medical care aren’t two terms most people like to see together, but in a recent emergency, a first responder had no other choice.

An officer for the New York City Police Department (NYPD) responded to a call about a stabbing on July 7. What happened next was truly remarkable and showed the type of dedication and focus some officers have. After arriving at the scene and finding the victim with blood covering their chest, Officer Ronald Kennedy quickly sprang into action.

This is just one example of the heroic work that your NYPD officers do every day.
@NYPDShea @NYPDChiefPatrol @NYPDnews @NYPD28Pct pic.twitter.com/DAcF5e2i67

Kennedy, as shown in the bodycam footage above, asked for someone to grab an empty potato chip bag and prompted another bystander to go inside and get some tape. A former Emergency Medical Technician (EMT), Kennedy used his experience to save the victim’s life.

The officer placed the chip bag over the wound and taped it on three sides, leaving the fourth side open to allow air to escape the lung while the bag blocked the passage of incoming air. EMTs transported the victim to the hospital moments later after the arrival of an ambulance. Two other officers who accompanied him noted they trusted Kennedy with the man’s life due to his prior experience as an EMT.

Kennedy admitted that it took him a few days for the emotions of saving someone’s life to take hold. He related, “It made me feel really happy. It really did.” Later the same night, officers arrested the person believed responsible for the stabbing.