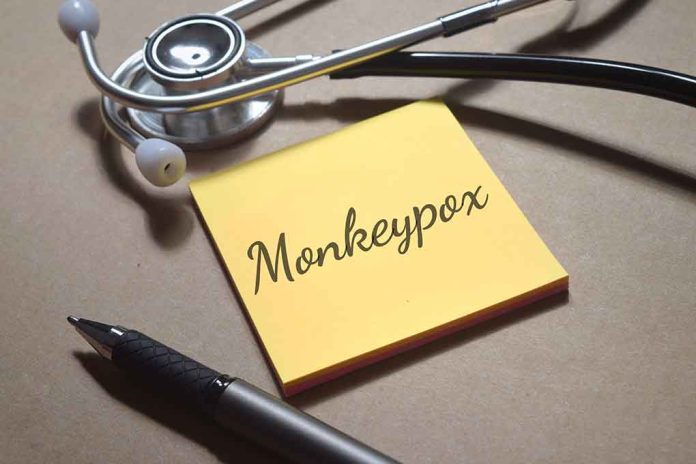 (UnitedHeadlines.com) – Just when America thought it could finally start returning to normal as COVID-19 cases continue to decline, another viral infection hits US shores. Monkeypox is probably a disease most Americans have never even heard of given its rarity. However, it’s a very real and a serious illness, and it’s come to the US.

Just what Americans need, another viral scare. According to a STAT, monkeypox is similar to small pox but less severe. The outlet talked with the Centers for Disease Control and Prevention which reportedly said there are several cases in the UK, but some experts are concerned it’s going to extend past its country’s borders.

A Massachusetts man has been diagnosed with the monkeypox virus, a rare and potentially fatal disease. The case, the first in the U.S. this year, follows a series of unusual clusters in other countries that have begun to alarm health officials. https://t.co/kW11otfnWu

Well, the fears are reasonable as the Massachusetts Department of Public Health recently confirmed the first US case of monkeypox for 2022. The illness starts off with flu-like symptoms and can last 2 to 4 weeks. While the virus is rare, it can evolve into a serious illness. Thankfully, unlike COVID-19, monkeypox is somewhat difficult to transmit from person to person.

However, Breaking 911 reports that monkeypox can infect a person through small rodents and other small game. A person coming in contact with an infected person’s sores, bodily fluids, or items that have been exposed to those materials can also contract the illness.

Is there reason for concern? Despite there only being one known case of monkeypox in the US, the virus could already be out there infecting people without them knowing. While the US may finally be getting over COVID-19, Americans may need to stay on high alert to avoid becoming infected with monkeypox.

Will there be lockdowns once again?