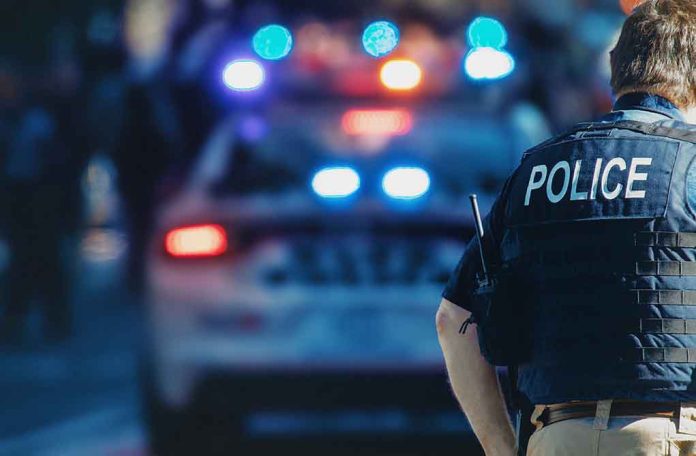 School Shooting Video Shows What Police Were Hiding All Along…

(UnitedHeadlines.com) – On May 24, a lone gunman entered a school and rocked the nation, slaughtering 19 children and two teachers in Uvalde, Texas. The moment has created a wave of controversy, and not just for politicians on either side of gun control. Police who arrived at the scene failed to take action for over an hour while students were in danger and dying. New footage from inside the school exposes shocking details of the incident.

The Austin American Statesman obtained video evidence depicting how disturbing the police response was. The footage shows the suspect entering the school without a problem — after he had already opened fire outside.

Roughly three minutes later, officers arrived at the scene. A few of them maneuvered toward the classroom where the shooter was until another round of gunfire rang out, at which point they retreated.

Heavily armored officers then come into the school. One might think the rampage would have ended at this point, but it didn’t. Police simply stood in the hallway, talking on cell phones, walking back and forth, and even dispensing hand sanitizer.

Some officers looked at floor plans, but not one attempted to breach the classroom and engage the killer. Authorities had been on the scene for 45 minutes when four more shots rang out, yet they still did nothing. It took an hour and 14 minutes for the lone gunman to face his fate. Because of their poor response, 19 children and their teachers are dead.