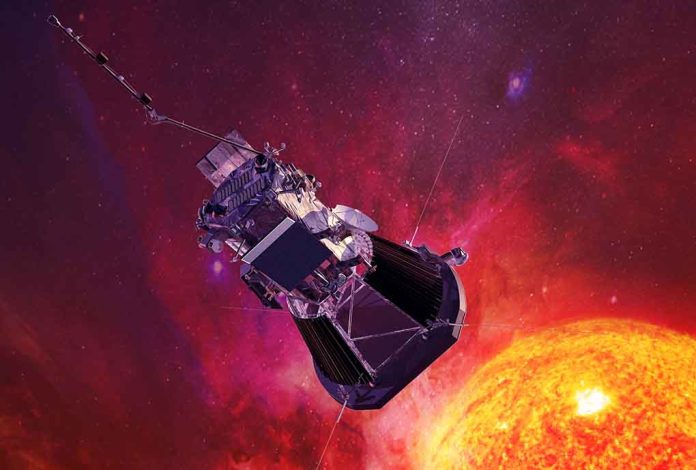 (UnitedHeadlines.com) – NASA is breaking multiple records with the Parker Solar Probe, which has just made its way around the sun for the 10th time. Researchers sent out the probe to study the different properties of solar winds, the waves of energy that emanate from the sun’s corona, among other phenomena.

Now, the Parker Solar Probe is reaching speeds for the record books while on its way to where no man-made object has ever gone before. Experts estimate that the probe will reach peak speeds of 364,621 miles per hour on its way to make its nearest visit past the sun to date.

The fastest object ever made by humans is about to speed up. 🚀

On Nov. 21, NASA’s Parker Solar Probe will make its 10th close pass of the Sun, flying closer than ever before and reaching top speeds of 364,621 mph.

Experts explain that the probe was able to gain such speed thanks to its recent close pass by Venus. The vehicle used the planet’s gravitational pull like a slingshot, propelling it to record speeds.

Researchers plan for the probe to get close enough to the sun to pass through its corona. They’re hoping the data they receive will help them understand, among other questions, why the sun’s surface is so much hotter than its core. The probe’s instruments will also measure the magnetic and electrical fields in solar dust and help determine where the dust comes from and why there’s so much of it.

The Parker Solar Probe didn’t set out to break multiple records, and it won’t go down in history for its impressive speeds and close passes by the sun alone. In fact, it could possibly answer some of the most pressing questions about the heart of the solar system.