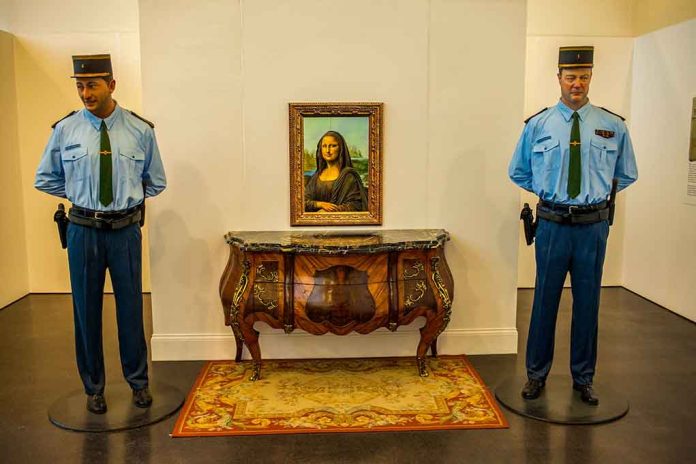 (UnitedHeadlines.com) – The Mona Lisa is one of the world’s most renowned paintings. Such priceless masterpieces attract a lot of attention, but as a recent attack proves, it isn’t always the good kind. The famous Leonardo Da Vinci painting has been the victim of vandalism in the past, but this most recent attempt gets extra points for originality.

On May 29, a 36-year-old man entered the Louvre in Paris disguised as a wheelchair-bound old woman. When he came to the Mona Lisa, the “old woman” quickly stood up and attempted to deface the painting with a piece of cake, smearing the treat across the bulletproof glass protecting it.

Authorities escorted the man as he claimed the actions were to bring awareness to the Earth and how people are destroying it. A Twitter video shows an individual trying to clean the cake off the protective barrier.

Maybe this is just nuts to me💀but an man dressed as an old lady jumps out of a wheel chair and attempted to smash the bullet proof glass of the Mona Lisa. Then proceeds to smear cake on the glass, and throws roses everywhere all before being tackled by security. 😂??? pic.twitter.com/OFXdx9eWcM

The Associated Press reported that the man is under psychiatric evaluation at the request of authorities. National Public Radio mentioned that this isn’t the first time the Mona Lisa has been the victim of attempts to deface it. An incident in 1950, in which a vandal attempted to throw acid on the painting, led to the installation of the defensive glass.