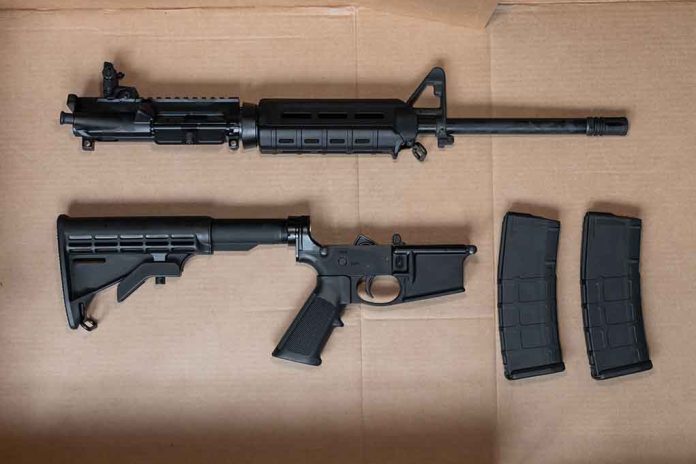 (UnitedHeadlines.com) – One would think that a courtroom is the last place Kyle Rittenhouse wants to be after fighting murder charges connected to a 2020 shooting. Surprisingly, Rittenhouse might be heading back to the courtroom in an effort to reobtain the rifle and other items he used in the incident — so he can destroy them.

While Democrats paint the young man as a villain, conservatives hail him as a hero of sorts for exercising his right to self-defense and attempting to defend Kenosha. Rittenhouse doesn’t want to be either of those.

A Wisconsin judge was set to hear arguments Friday on whether prosecutors should return to Kyle Rittenhouse the rifle he used to shoot three people during a street protest. https://t.co/ZBR8xveQWc

During the fateful event, the young man used an AR-15 style rifle to fatally wound three people, which he wants back along with his mask, ammo and other clothing. The teen stated that he intends to destroy the rifle and throw the rest away to prevent them from becoming political symbols or trophies for the shooting.

It’s likely that Rittenhouse wants to avoid becoming like George Zimmerman, who shot Trayvon Martin and got away with it in the name of self-defense. The acquitted shooter began to make pro-Second Amendment artwork, some depicting the Confederate flag. Zimmerman used his infamous reputation to profit on politically charged items, something Rittenhouse wants no part of.