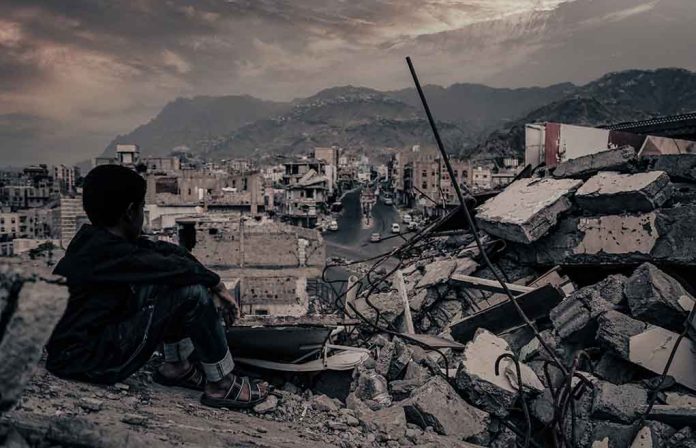 (UnitedHeadlines.com) – As the conflict rages on in Ukraine, many observers are criticizing Russian President Vladimir Putin. The international effort to help Ukraine is stalling as world leaders try to determine their best course of action. Vice President of the United States, Kamala Harris, has recently traveled to Poland, where she talked about possibly investigating Putin for allegedly committing war crimes.

The Biden White House has been relatively quiet in terms of accusing the Russian President of these alleged atrocities. While Biden himself has mentioned Putin may have taken actions the world could consider war crimes, he hasn’t officially labeled them as such.

VP Harris, on the other hand, became the highest-ranking US official to outright condemn Putin’s actions and support the idea of investigating Putin. She detailed the Russian attack on Mariupol, a city in Southern Ukraine, talking about a photo of a pregnant woman injured during the destruction of the city’s hospital.

Harris’s comments came during a joint press conference with Andrzej Duda, Poland’s President, as part of her trip to Europe in an effort to display unity among NATO members. During her short stay in the region, Harris spoke with leaders from both Poland and Romania who border Ukraine.

Both countries were once soviet satellite states and have expressed concern over Putin’s intentions. Harris mentioned during her brief visit that the US would provide an additional $53 million to help with the Ukrainian refugees. The vice president also spoke directly with refugees across the street from her hotel, hearing their stories and later meeting with Canadian Prime Minister Justin Trudeau.

While much of the world has come together to condemn the actions of Putin, there hasn’t been much about Russia being guilty of committing war crimes. The US State Department has expressed that Russia’s attack could be considered a war crime and has asserted its plans to document Russia’s actions for use in any future investigations.

The International Criminal Court (ICC) announced it has deployed an investigative team into the region. The ICC’s lead investigator, Karim Khan, declared there was a basis to reasonably believe what Russia has done during its offensive constitutes war crimes and other crimes against humanity. If these accusations turn out to be true, it could spell trouble for Russian President Putin, even long after the dust settles from the conflict.