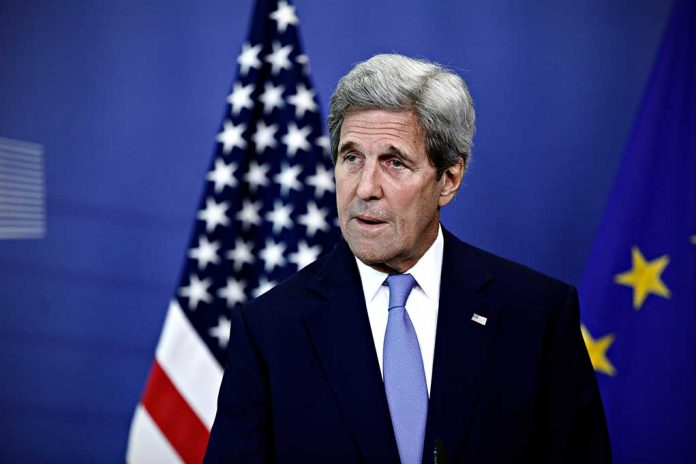 (UnitedHeadlines.com) – Relations between the United States and China are tense, to say the least. However, to accomplish anything in this world, we need to put our differences aside. American diplomat John Kerry has raised numerous issues surrounding the current conflicts, calling upon both countries to seek active and immediate solutions.

Whether you believe in it or not, climate change is the focus of millions of people worldwide. Unpredictable winters and hot summers have only added to the belief that climate change is reaching a point of no return. For activists, the time to act is now, before it’s too late. For others, it’s all a scheme to sell electric cars and other pro-climate change items.

China is the world’s second-largest economy, yet the country is responsible for about 28% of all global emissions. The official news outlet of China, Xinhua News Agency, claims that the government has made huge efforts that led to wonderful results regarding climate change. Nevertheless, China is one of the primary producers of global emissions, and therefore several countries believe it should take the most responsibility.

Kerry met virtually with the Chinese Vice Premier Han Zheng to discuss how important it is for the United States and China to work together to solve climate change. The special presidential envoy for climate noted the percentage of emissions China produces. Kerry emphasized the need for China to actively engage in making a difference.

It seems both the United States and China want to combat climate change and work together to achieve the goal. However, the Chinese side may rely on us to provide the circumstances necessary for the two to cooperate. Kerry also met virtually with Wang Yi, China’s Foreign Minister and state counselor, to discuss the issue.

Wang responded, according to a statement from the ministry, by calling the joint effort an oasis. The minister also warned that relations between the United States and China could prevent them from effectively tackling climate issues. The Chinese Foreign Ministry added that the US needed to work with China and meet its efforts halfway if it wanted to see relations get back on track.

Whether climate change is a real threat or not, the need for the world’s countries to come together isn’t any less of an issue. The US and other nations can accomplish much more with one another than working apart. Competition is a good thing, but over-competing, as many countries do, spells disaster. The entire planet is in this together, and only by working together can everyone make the world a better place.