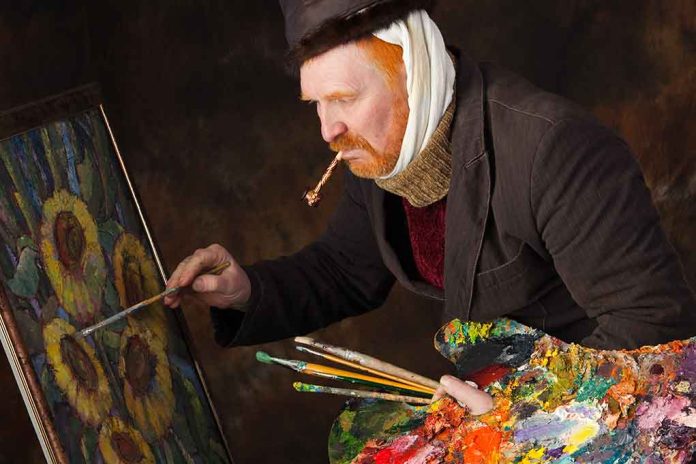 (UnitedHeadlines.com) – Art is one commodity people connect over, even when they don’t know much about it. Throughout the ages, several famous artists have produced practically priceless works. So, imagine the shock when the National Galleries of Scotland (NGS) discovered Vincent Van Gogh had hidden a self-portrait behind his “Head of a Peasant Woman” painting.

According to the gallery’s July 14 press release, a routine X-ray in preparation to display the painting in the upcoming A Taste for Impressionism exhibit revealed the hidden composition. Following the discovery, NGS will now show the artwork with a special lightbox to allow visitors to see both the original piece and the newly identified caricature.

An unknown self-portrait of Vincent Van Gogh has been discovered behind another of the artist's paintings, the National Galleries of Scotland said. The self-portrait was found on the back of Van Gogh’s “Head of a Peasant Woman.” https://t.co/dXudWrjnCX

The hidden portrait depicts Van Gogh wearing a loose neckerchief and a brimmed hat. A shadow hides the right side of his face, but unlike some of his later self-portraits, his left ear is still intact; the painter had famously cut his ear off during an argument with Paul Gaugin, another artist.

Known to reuse canvases, Van Gogh would flip them over and paint on the back to save money. NGS believes the artist may have painted himself as part of his early experimentation with painting portraits.

NGS explained that in 1905, Jo Van Gogh-Bonger, the artist’s sister-in-law, lent the “Head of a Peasant Woman” to the Stedelijk Museum in Amsterdam. She put the painting on cardboard before framing it, hiding the self-portrait for decades.