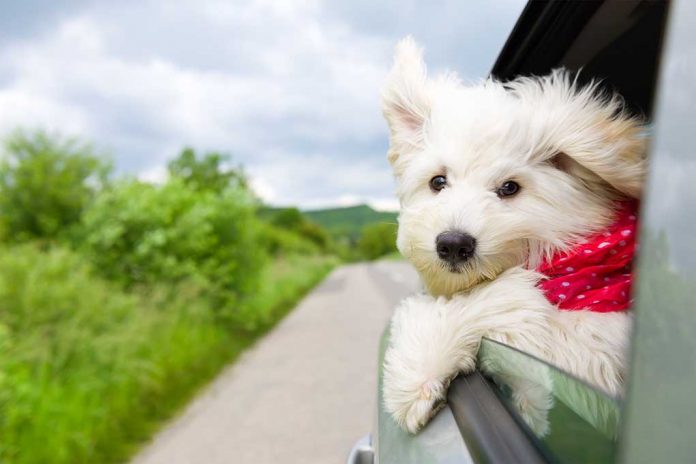 (UnitedHeadlines.com) – Dogs, like humans, make mistakes. Most animals learn best through redirection and positive reinforcement, but many people still rely on punishments when their furry friends misbehave. Unfortunately, some people take the reprimands a little too far, sometimes with devastating results.

Sandusky, OH resident Mouheb Ashakih learned this lesson the hard way after she locked her pit bull in her vehicle as a punishment for attacking one of her other dogs. On Saturday, around 7:20 p.m., law enforcement officers heard from a concerned neighbor who’d witnessed Ashakih force the animal into the vehicle and lock the doors with the windows rolled up.

A report issued by the Sandusky Police officer stated that the concerned neighbor confronted Ashakih about the canine being trapped in the vehicle with outdoor temperatures around 81ºF. After observing the dog destroy the inside of the car in a desperate attempt to escape, the neighbor confronted Ashakih, who simply replied that she didn’t care and wanted the pit bull to die. An officer quickly rushed to the vehicle, jumping a fence to reach the dog, which appeared either “passed out or deceased.”

Upon learning of the dog’s condition, Ashakih begged officers to break her car window to get the dog out. However, when they pulled the pit bull from the vehicle, it was too late to save its life. The dog’s attempts to escape the hot car were apparent by the cuts it suffered on its paws and the blood covering the interior. Chief of Police Jared Oliver told the Sandusky Register that the dog “struggled in the car but was overcome by the heat,” calling the incident “just terrible.”

The Dangers of Hot Cars

Many people don’t realize the dangers that vehicles and warm temperatures pose. Weather doesn’t have to be “hot” to be dangerous to animals, or anyone else, inside. Even with an outdoor temperature of 72ºF, a vehicle’s interior temperature can reach 116ºF within an hour.

At 80ºF, the temperature inside a vehicle can reach 99ºF in 10 minutes — and rolling down the windows won’t help.

How to Handle an Animal Locked in a Vehicle

Write down the make, model, and license plate of the vehicle. Before making any calls, notify any business managers nearby to alert patrons inside of the issue; many people don’t realize the dangers of being locked in a car, even for short lengths of time. If you can’t track down the vehicle owner, contact your local animal control or police using non-emergency numbers and stand by until help arrives.

In some communities and states, certain circumstances allow you to take the necessary steps to save an animal locked in a vehicle. Be sure to check your local and state laws to understand your rights and responsibilities. Additionally, you can help by getting informed and spreading the word to help raise awareness.

No pet deserves to die in a hot car. It’s up to each of us to do our part when the need arises — before it’s too late.