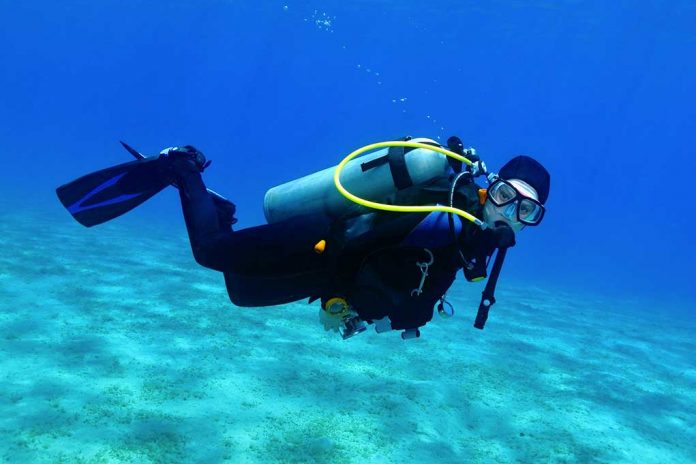 (UnitedHeadlines.com) – Finding a leg in a lake is probably not on the average person’s bucket list. In fact, most people would call the police to investigate such a tragic situation. But for one woman from England, a diver’s discovery of an appendage turned out to be a big win.

Positive Bones Charity founder Josephine Bridges was swimming back to shore after jumping off a pier when she lost her leg. No sharks were involved; the lost limb was actually a very expensive prosthetic. Yet, the incident was still inconvenient for the swimmer.

Bridges’ sister, Emily, took to social media in hopes of finding someone to help reunite her with the lost leg. That’s when she found a hero in Angus Hosking.

A diver has helped reunite a woman with her prosthetic leg after she lost it when swimming near Windermere.https://t.co/KEfZhF5wmk

Hosking drove out to the location, donned his gear, and dove down into the water to hunt for the prosthetic on her behalf. He immediately noted how poor visibility was under the water; the limb was all but invisible until he saw it right in front of his face. He says a Birkenstock sandal on the foot of the device tipped him off to its location.

The diver also says surfacing with the leg in tow was much harder than he’d anticipated. When Hosking finally made it out of the water, he held up the leg with both arms in excitement. Bridges’ family, whom he’d met with earlier that day, became ecstatic at the news.

Josephine lost her leg to bone cancer in 2018, choosing amputation over the risk of pain and possible infections from her fight with the illness. That she lost the leg was yet another difficulty to overcome. It’s good to see that there are still genuinely good people who ask for nothing in return for their kindness. Maybe all of us could learn a thing or two from Angus Hosking.