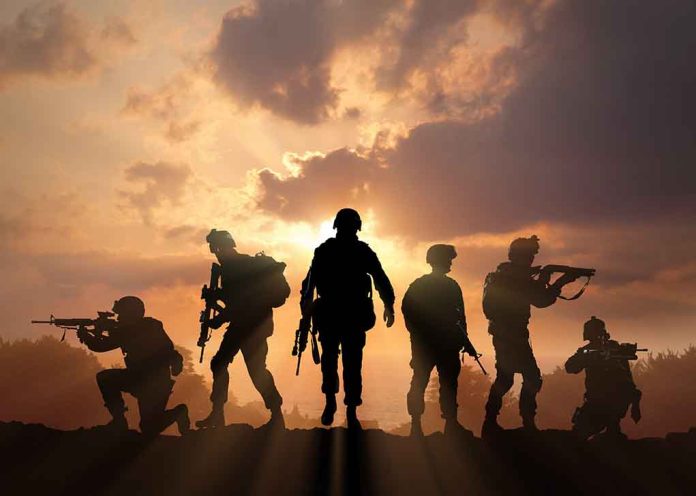 (UnitedHeadlines.com) – Dan Crenshaw has made a name for himself for being outspoken in expressing his opinion. The Republican US Representative from Texas has no problem going after those he disagrees with, and yet he typically does so respectfully. His most recent rant got a little rocky, but he did make some valid points.

Crenshaw hosts his own podcast called “Hold These Truths With Dan Crenshaw,” which he used to make a very bold statement concerning endless wars, a term used to describe America’s involvement in the Middle East, namely Afghanistan and Iraq. The Representative made it clear he has no patience for those opposing “endless wars,” attacking them and calling their ideology idiotic.

Crenshaw, a veteran, explained the United States plays a different role in the world than other powers, such as China or Russia. The Republican elaborated, saying the only thing Russia is concerned with is overtaking Ukraine, and China is focusing on dominating its own people and attempting to mess with the United States.

Rep. Crenshaw mentioned US leaders need to be concerned with everything going on in the world, noting that’s the way it should be. He further blasted those who call for an end to the endless wars, including former President Donald Trump, who wanted to withdraw from Afghanistan.

Russia and China have been building their forces while the United States appears weak and vulnerable following the Afghanistan withdrawal. Crenshaw believes the country should focus on what it always has: everything.

Do you think Crenshaw is right? Is America responsible for knowing everything that’s going on in the world and taking care of it? Or is there no point in these endless wars?