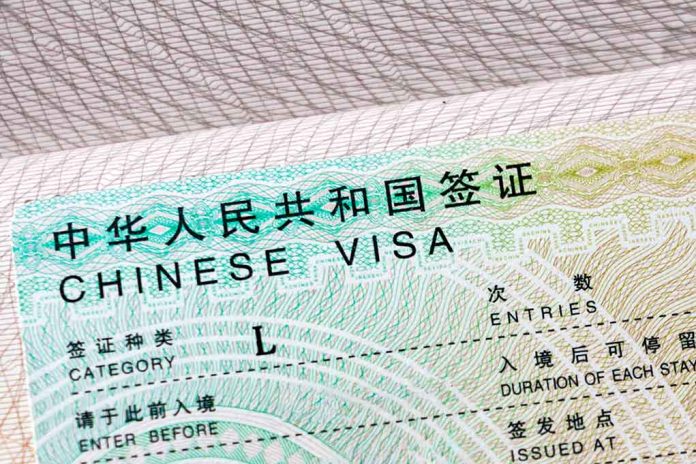 China Is Destroying These Papers To Trap Citizens

(UnitedHeadlines.com) – Social media is abuzz with reports from people who claim to have had their travel visas rendered obsolete by Chinese authorities — leaving them stranded in the country. China, however, adamantly denies these allegations. Considering the harsh COVID restrictions in China, and the notoriously unreliable information on social media, it’s hard to know what to believe.

China's central immigration authority has denied reports that passports were being "clipped" and green cards confiscated in order to curtail travel. https://t.co/3FORgCFpY1

Travel restrictions and even at-home lockdowns are nothing new in this part of the world, where some of the most extreme measures are still implemented based on a zero-COVID policy. According to a report from Newsweek, police in China have admitted that some relevant travel documents are being held in order to keep them safe until the pandemic is over.

According to social media users, the government isn’t just holding on to passports, they’re cutting off the corners to invalidate them. In either case, the result is the same; travelers find themselves unable to leave the country.

Adding further proof to the allegations, just days ago the Chinese National Immigration Administration announced new travel restrictions, in effect issuing a complete ban on non-essential travel. Since Chinese authorities seemingly admit to holding on to passports, etc. in an effort to limit travel, it isn’t much of a stretch to imagine they might tamper with these permits to achieve their goals.