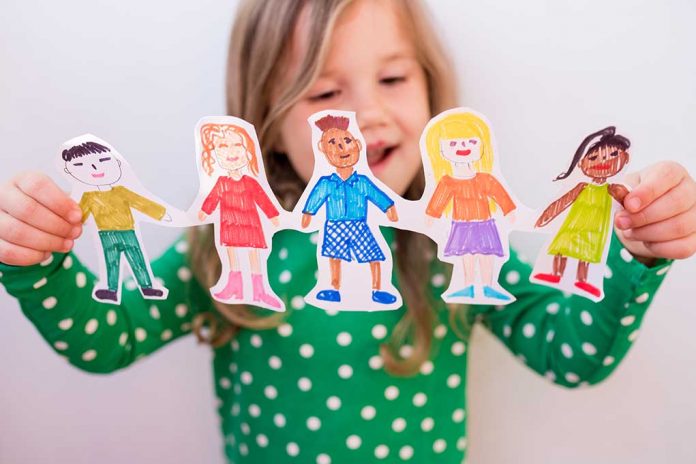 (UnitedHeadlines.com) – China’s reputation as a US adversary continues to grow. Their leaders know how to use propaganda to chip away at their opponents, and they often use this tactic to further their own self-serving goals. Yet, their desire to manipulate the narrative also damages the Chinese Communist Party (CCP) in the process.

The CCP is currently targeting America’s children. A recent Twitter post by Wisconsin-based advocacy group Mythinformed warns people about the Chinese government’s actions and its promotion of “woke” ideology.

The #CCP's English-language broadcaster #CGTN promoted #CriticalRaceTheory in a 4-minute video and encouraged parents to shape their children into racial activists. https://t.co/9YLvhNTv37

The tweet includes part of a cartoon made by the China Global Television Network (CGTN) in September 2020. That video promotes Critical Race Theory (CRT), encouraging parents to mold their children to become racial activists.

Some people might say that China is the pot calling the kettle black; the country remains under scrutiny for its treatment of Uyghur Muslims.

When CGTN released the video around a year ago, it received more dislikes than likes, largely because of the nature of its content. Many people saw it as propaganda.

The recent posting by Mythinformed is once again drawing attention to the video, with some people calling China out for its lack of research. For example, the short film claims a boy can’t be Spiderman simply because he’s black. Yet, even Marvel’s lore disputes this theory. For instance, their fictional character Miles Morales, who is black, eventually becomes Spiderman.

China makes accusations while serving up the same evil it allegedly sees in other countries. Thankfully, most Americans realize this and ignore or fight back against the propaganda.