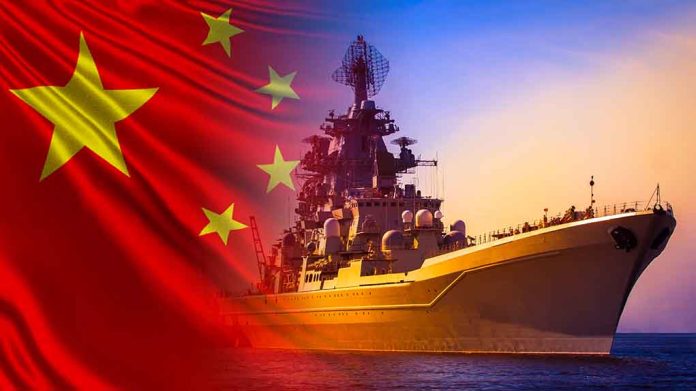 (UnitedHeadlines.com) – Much like the US, China, one of America’s more advanced adversaries, is always looking to improve its military. Despite having the world’s largest navy, the People’s Liberation Army Navy (PLAN) isn’t nearly as advanced as that of the US. However, it appears China may be on its way to at least matching the US Navy at some point in the future as the communist country finally developed its first aircraft carrier.

First of Its Kind

While it may not be China’s first aircraft carrier, it will be the first one designed and built in China. The country’s first effort at such a feat involved a Soviet ship it repurposed into a carrier. The Chinese also manufactured a second aircraft carrier, using a Soviet design.

However, China’s Type 003 carrier, the Fujian, was the first to be a fully Chinese carrier built in the communist country using a national design. It’s also more advanced than its predecessors. For example, unlike its previous carriers, the Fujian implements a catapult launch system instead of ski jumps, which provides launch capability for a wider range of aircraft.

The construction of the Fujian is also significant as it represents Chinese efforts to modernize its fighting force. The Associated Press reported the new carrier-class ship is slightly larger than the US Congressional Research Service had originally anticipated. With a displacement of 100,000 tons, it’s similar in size to that of US carriers. Fortunately, it’s nowhere near as advanced.

Going for the World Stage

While much of China is landlocked, the Fujian’s development was essential to China’s goal of becoming more of a “blue water” force. To that end, the success of building the Type 003 carrier marks a turning point in China’s goal to modernize its navy and military overall. US officials have previously noted that it’s imperative for China to develop more advanced aircraft carriers to compete militarily on the world stage.

Now that the PLAN has launched their Type 003 they’ll need to outfit it with the latest equipment. Experts say that process could take as long as six months. Ridzwan Rahmat, an analyst working for Janes, a defense intelligence company based in Singapore, believes China will be able to launch its first functioning aircraft carrier off the assembly line sometime between late 2023 and 2024. The analyst added the new carriers likely wouldn’t be fully operational until sometime near 2025.

What do you think? Are you concerned about the possibility of China competing with the US and its allies on the high seas?