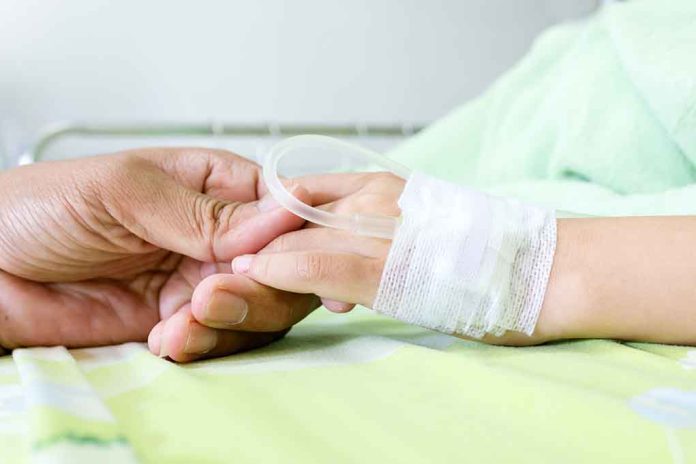 (UnitedHeadlines.com) – As Russia and Ukraine continue to battle it out, it’s clear the Ukrainians would rather lose their lives than their homes or way of life. War is a nasty business in which no one really wins, but the real losers of this unnecessary conflict are the children of Ukraine.

There are casualties in war, but that doesn’t make what the children are going through any less devastating. These are the horrors of war no one wants to see, let alone live through.

One of the most tragic cases to surface after Russia’s bombardment of Mariupol is a young boy named Artem, a three-year-old with shrapnel lodged in his abdomen. He lies in bed with his toy tow tractor as nurses at the Regional Children’s Hospital in Zaporizhzhia monitor him. In the bed next to Artem is 15-year-old Masha, who underwent amputation surgery and lost her right leg after the blast from a Russian shell tore it to shreds.

Dr. Yuri Borzenko, who runs the children’s hospital, declared his hate for Russia while detailing the story of a six-year-old boy who watched his mother burn to death in a car after a Russian shell struck it. The same explosion left shrapnel in the boy’s head. While their physical injuries may heal over time, the psychological trauma will remain with these children forever.

That is also the case for a father named Vladimir, who’s 26-year-old daughter and four-year-old granddaughter died after being hit by a Russian shell. The daughter, Natasha, had both of her legs broken with open fractures; she died the day after sustaining injuries. The granddaughter died upon impact, with Vladimir describing her lifeless body and how the Russian shell tore her head to pieces.

This is the reality of war, and these are the people who suffer the most. Not leaders, not soldiers, but civilians and most of all children, neither of which deserve to go through any of it.