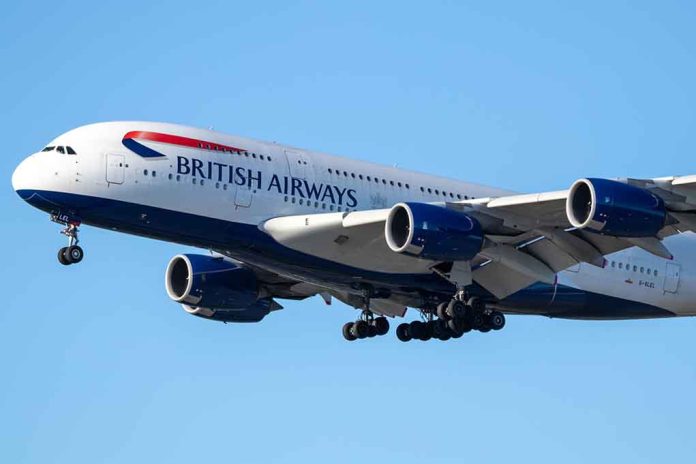 (UnitedHeadlines.com) – Severe allergic reactions are scary to begin with, but to have one at 30,000 feet in the air is an entirely different story. For one mother, this nightmare scenario became reality after her daughter had an allergic reaction aboard a British Airways flight. The event nearly cost the child her life.

What kind of a person is this selfish? Hope you enjoyed those nuts, mate. https://t.co/XjiUef8WOC

Joanna Jones was flying with her 14-year-old daughter, Poppy Jones, who suffers from peanut allergies. Despite the flight crew asking passengers to refrain from eating nuts on the plane, one man began consuming them anyway — even after being directly asked to stop twice.

Being in close proximity to the life-threatening legumes caused the young woman to black out and enter anaphylactic shock. The severe reaction led to the pilot declaring a medical emergency aboard the plane, at which point a nurse stepped up and stabilized the teen using an oxygen mask. Over the course of the flight, Jones administered two EpiPens to her daughter, all because one person just had to have some peanuts.

Once the plane touched down in Gatwick, emergency personnel rushed the distressed victim to the hospital. The teen and her mother remained there until doctors deemed their patient well enough to discharge.

This tragic story proves that food allergies are nothing to joke about. Thankfully, Jones doesn’t have to bury her child, but that doesn’t diminish the selfishness and utter disregard for the teen’s life her fellow passenger had shown.