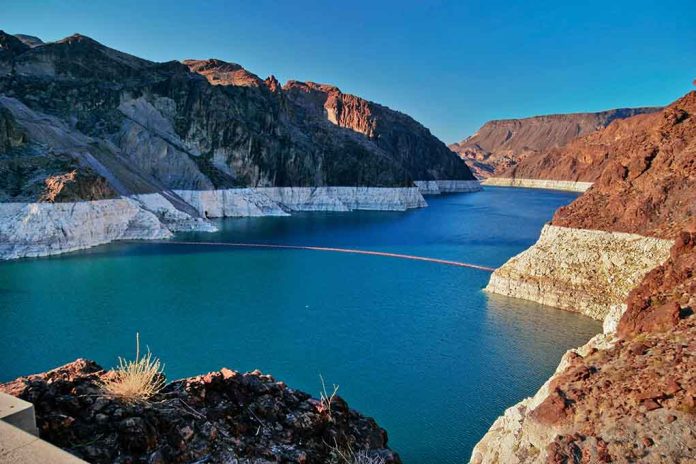 (UnitedHeadlines.com) – A drought has left much of the US Southwest exhausting its water table reserves. As a result, one major reservoir, Lake Mead, has fallen to new lows. Along with concerning updates on the dwindling levels, news over discoveries long hidden beneath the water’s surface has kept the artificial lake in the headlines. Now, research on recently revealed rock layers could shed new light on the widespread movement of volcanic ash.

On September 22, the University of Nevada, Las Vegas (UNLV) issued a press release and study confirming that soil specimens its team collected dated as far back as 6 to 12 million years and as recent as 32,000 years. UNLV’s College of Sciences’ Cryptotephra Laboratory for Archaeological and Geological Research conducted the analysis, which found the ash had originated from multiple events likely occurring in California, Idaho, and Wyoming.

The ash discovered in the Lake Mead deposits have come from as far as Idaho, Washington and North California. https://t.co/nXMWIHw5Qy

Yet volcanic ash poses a greater danger to living beings as an inhalation hazard. Its “sharp glass grains” can seriously damage the lungs. The different ages of ash from the study suggest scientists should consider eruptions an ongoing threat. Researchers believe the data they collect will help them develop strategies to protect people against the effects of possible future events.