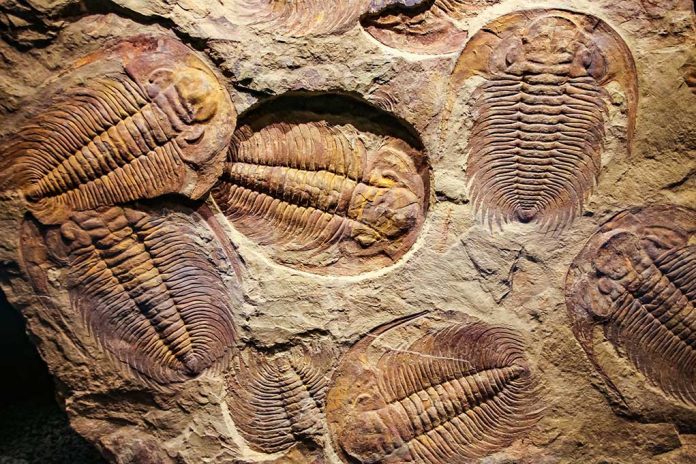 (UnitedHeadlines.com) – Ancient creatures are tricky for humans to envision, mainly because they died off millions of years ago. Even fossil research can’t conclusively prove precisely what the dinosaurs looked like or the full details of how they lived their daily lives. For example, scientists know the trilobite, a humble crustacean that lived approximately 521 to 252 million years ago, once swam Earth’s ocean with abandon. Yet, they only recently discovered the truth about its vision.

Researchers say recent findings prove the trilobite had amazing compound eyes similar to those found in modern-day arthropods, such as the mantis shrimp and dragonfly.

For @livescience, I wrote about how cool trilobite eyes are: https://t.co/iAKItCcY24

That’s where the similarities end.

Brigitte Schoenemann, a paleontologist at Germany’s University of Cologne and lead author of the study, explained that each of the trilobite’s eyes contained 200 smaller compound eyes. Furthermore, each lens measured a whopping 1 millimeter in diameter. While that might sound tiny, it’s still thousands of times larger than the lenses found in modern arthropod eyes.

To summarize, trilobites likely enjoyed exceptional vision and a powerful ability to see in the dark. That’s an ideal trait for a crustacean that spends most of its life crawling along the ocean floor among the briny depths.

While the trilobite disappeared from Earth approximately 250 million years ago, several modern “imposters” remain alive in our oceans today. In fact, the water penny, the marine isopod, and the chiton all closely favor the ancient crustacean, as does the Tadpole Shrimp.