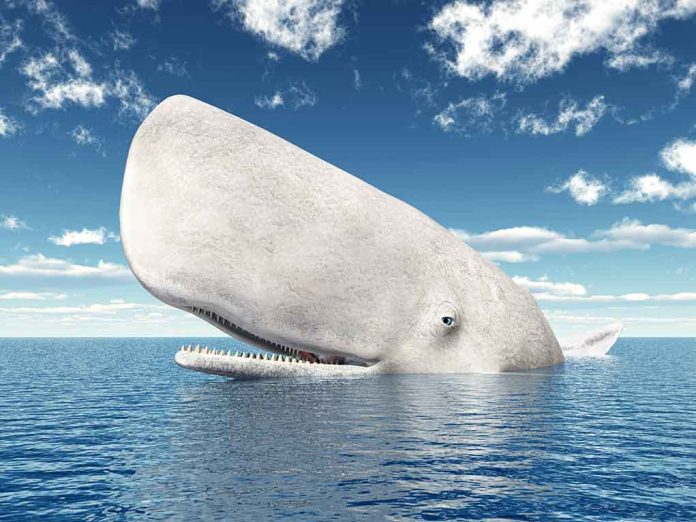 (UnitedHeadlines.com) – Albino animals are a rare gem in the natural world. Given the expanse of the world’s oceans, it’s easy for even a bus-sized creature to hide. That’s what makes spotting an albino sperm whale such a rare experience.

Sailors recently spotted a creature straight out of the novel Moby Dick off the coast of Jamaica. Captain Leo van Toly of the Dutch oil tanker Coral EnergICE captured a short video of the creature and sent it to SOS Dolfijn director Annemarie van den Berg. After she confirmed that the creature was, in fact, a sperm whale, the whale conservation charity posted the video online.

A sperm whale with the same rare colouring as the fictional Moby Dick has been spotted off the coast of Jamaica. https://t.co/ba5XCkWIGC

A sperm whale expert at the Dalhousie University in Canada, Shane Gero, explained that it’s difficult to determine how rare white sperm whales are due to their ability to dive deep into the ocean for extended periods of time and the vastness of Earth’s oceans. Scientists can’t even put a number on how many of the animals inhabit the world’s oceans.

White whales result from one of two conditions: leucism or albinism. Both conditions cause the mammals to lack melanin in their skin. Albinism is a genetic condition that causes animals to lack melanin, resulting in white skin. Leucism impacts individual pigment cells, resulting in partial or total loss of color. Gero believes the whale the sailors spotted in Jamaica is an albino, given it has no color at all.

Sperm whales are on the list of animals under the threat of extinction, although the International Union for Conservation of Nature says their exact numbers are uncertain due to the lack of data. Whether white whales are rare or not, there’s no denying it would be a once-in-a-lifetime experience to see one.