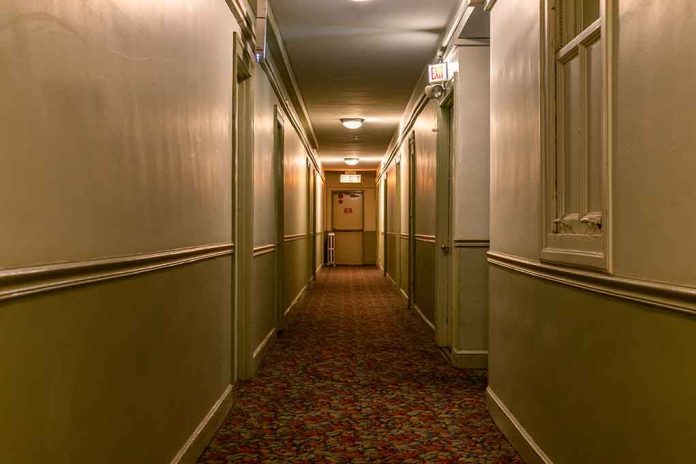 (UnitedHeadlines.com) – Protesting for a cause is often an effective way to get one’s point across. However, there are legal boundaries that protesters need to follow. For instance, showing up at a person’s home and attempting to intimidate them is not the correct way to go, a lesson one Minnesota man learned the hard way.

On November 29, authorities arrested 32-year-old Cortez Rice for allegedly trying to intimidate Judge Regina Chu. Judge Chu is currently presiding over the controversial Kim Potter case. Potter, a former police officer, is on trial for killing 20-year-old Daunte Wright after allegedly mistaking the her own handgun for her taser and shooting him.

'Waiting for the gang to get up here': Cortez Rice charged with harassment after he live-streamed himself walking up to apartment door of Asian judge trying killer cop Kim Potter to protest her refusal to allow cameras in courthttps://t.co/oQVahI8sdd

In early November, Rice protested outside what he believed to be the residence belonging to Judge Chu. Rice live-streamed a video of himself to express his dismay at Chu’s decision not to allow video recording of Potter’s trial. In his stream, Rice asserted that he was “waiting for the gang to show up” outside of her home.

After an interview with the police, Chu noted that she believed Rice’s intentions were to intimidate her and interfere with the judicial process. Rice claims that it wasn’t his plan to intimidate or scare Chu, asserting that he just wanted her to hear the frustrations her decision had caused.

The two had met in the courtroom previously when Judge Chu went easy on Rice, allowing him to continue his probation rather than sending him to prison after a violation. While intimidation can certainly sway the decision-making process, there are much better ways to get the point across, such as simply asking to talk to the opposition about the problem or filing a complaint.